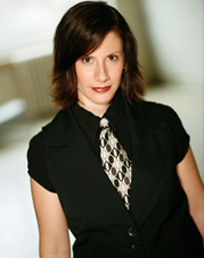 Testing the limits of multi-tasking, Lindy is an actor, writer, curator, standup comedian, producer, freelance technician and many other things that lack title.  Her performance work has been showcased at Buddies in Bad Times (Rhubarb Festival, Hysteria, Cheap Queers, Audience relocation series) The Centre of Gravity Circus (A Grotesque Christmas Pageant, The Orphan family players etc…)  The Factory Theatre (Lab Cab) SummerWorks (SummerWalks – walking tours) as well as numerous other one night cabarets around the city.

She was an Artistic Associate of SummerWorks Theatre Festival for 3 years during which time she was the editor of Propaganda (SummerWorks newsletter) as well as had a regular column in Works (SummerWorks Magazine) and a weekly rant on the SummerWorks blog.

She also has a food blog – www.talesfromthebib.com and a sketch troupe, Queer Comedy Collective. 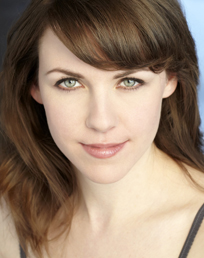 Dana is an Actress and Writer from Roaches Line, NL. She holds a BFA from Memorial University of Newfoundland and spent 4 seasons in the company of The Gros Morne Theatre Festival. After graduation, she lived on Nunnery Hill (literally) and appeared on stage for c2c, RCA, The Magnetic North Theatre Festival and East of Reason Theatre (co-founder). Upon moving to Toronto, Dana co-starred in the East of Reason production the ecstatics for SummerWorks and has performed her own material for various hosting and stand up comedy appearances. Her TV & Radio credits include Afghanada (CBC), Rookie Blue (ABC/ Global) and a guest starring role on Republic of Doyle (CBC). Dana is absolutely thrilled to return to her role as Georgia Drew! Lock & Load!!! 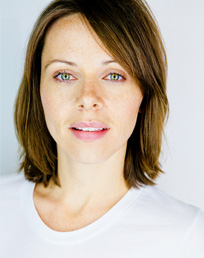 Vanessa Dunn is an actor and writer from Toronto. She has appeared on stage for Hart House Theatre, AGYU, and Summerworks Festival. Her tv and film credits include ALPHAS (NBC) and Scott Pilgrim vs the World.
She is gearing up to perform in a musical written by Maggie MacDonald of The Hidden Cameras.
Vanessa has also recently completed her first screenplay that will be filmed in the spring. 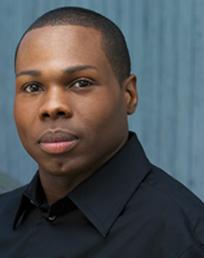 Including numerous development readings and workshops, some of Karim’s favourite productions were the world premiere of In the Freedom of Dreams: The Story of Nelson Mandela (LKTYP), Brindley Town (Theatre North West), Little Shop of Horrors (The Grand Theatre), Macbeth (Modern Times Stage Co.), Merrily We Roll Along (Shaw Festival). He recently performed in the English premiere of The Sheep and the Whale (Cahoots/Modern Times/Theatre Passe Muraille) and The 60’s Prime Time Variety Show (Stirling Festival). His voice over credits include Resident Evil Zero (Adventure Games), Wonderfalls (Fox TV), Puppets Who Kill (Comedy Network), Sunday Showcase (CBC Radio). Karim is a graduate of Ryerson Theatre School.