There is a comment I have heard about B.J. Fletcher: Private Eye more than once. In fact, I’ve even said it myself on multiple occasions. The comment is, or is a variation, of the following: “It gets better as it goes along.”

Quite frankly, I couldn’t agree more. Fletcher was conceived on the basis that myself and Lindy Zucker (the fabulous actress who plays Fletcher) wanted to enter a contest on AfterEllen.com to “find the next great lesbian web series”. When we first started plotting Fletcher out, we had only about three or four weeks to get three episodes written, shot, and edited in time for the deadline. It was a scramble to do so, and it really didn’t allow time for any kind of a development process.

We developed as we went along. Now this is not to say that the story or characters were completely random or not thought out. I myself am a huge fan of the P.I. genre – both in print and on the screen – and the character of Fletcher is a mash-up of my love of detectives, and Lindy’s love of physical comedy. That said, for most of Season One we were just finding our feet with these characters – something that is usually done during a lengthy development process. I was getting to know them as we went along just as the viewers were. Winning the contest enabled us to take a moment and really delve into who these characters were, and what we wanted to see from them. The rest of the balance of Season One shared a similar speedy deadline as the first three episodes, however, knowing I had 7 eps to work with allowed me the freedom to plot out overall characters arcs and relationship development. I don’t think there’d be any argument that there is a huge difference between episodes 1 and 10 of Season One. Not only in the way the story was being told, but also the meatiness of the characters that gave our talented cast the ability to bring more depth and layers to them – which made for great viewing. 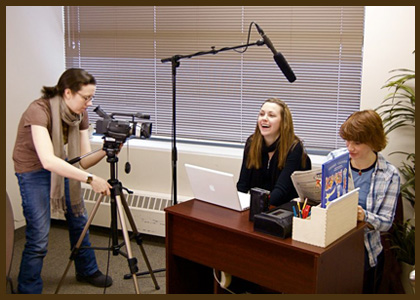 Season Two is when B.J. Fletcher really hit it’s stride. The characters found their voices, the episodes had a more solid length (average of 16 mins per), and the series had a mature and definitive direction and style. We also had a huge amount of fun making it. I was blessed with a very talented cast and crew, which I’m sure any film-maker out there would tell you is the ingredient that makes or breaks a show. Especially one that is being funded by one’s Visa or Mastercard. 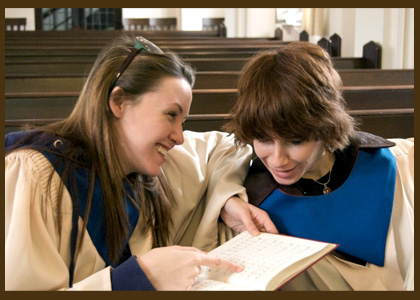 When I look back on the two seasons of Fletcher, the first half of Season One does feel like our development process. And that’s not necessarily a bad thing. As a viewer, you grew with us and with the show, as we all got to know and love the characters personalities and quirks together. The real treat for me about doing this series was the freedom I had in writing these stories. Better still, our target audience was one that actually wanted to see strong lesbian lead characters and storylines playing out in these adventures. Even just two years ago in early 2008 when we started this journey, the landscape and selection of lesbian characters both online and in TV/film was thin to say the least. Now there’s a wide variety in all kinds of different styles and genres. And that’s a wonderful thing!