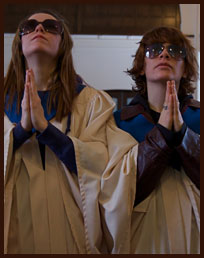 We’ve been honoured with an invitation to screen Fletcher at the Gay Games in Cologne, Germany, in August, at a fun event with our friends from One More Lesbian.  But, in order to go, we need to subtitle it in German so that the audience of the host nation can enjoy it too.

We’re praying for German speaking volunteers to translate an episode or two into German.  So if you’d like to join the wicked awesome Fletcher team and you have a little time to spare in the next couple of weeks, contact us or directly email our producer Rochelle Dancel at hello [at] rochelledancel.com and we’ll send you a script in English to translate for us.

As part of the Fletcher team, the volunteers will receive a limited edition Fletcher team t-shirt (so limited some of the existing Fletcher team don’t even own one yet!) and a thank you note from our cast.