What I wish I had known before making Fletcher

Posted by Regan Latimer, Executive Producer/Writer/DirectorThis week, our Producer, Rochelle Dancel, had an article published on Tubefilter.tv called Confessions of Indie Web Series Creators: Things They Wish They Knew. I contributed to the article, together with producers from five other web series’.

As we recently announced our development deal, it was a great time to reflect on everything that I’d learned making Fletcher in the past year and a half.

As our contributions were quite long and varied, it was impossible for everything we wrote to be included in that article, but you can read our complete contributions on Rochelle’s blog.

You can read mine below. 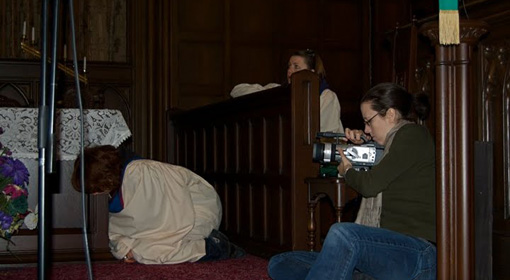 “If you had asked me a year and half ago if I’d ever considered making a web series or producing web content, I probably would have responded with something very close to, “the what?”. My knowledge of web series, or producing any kind of content for the web was in it’s absolute infancy. That said, I believe that my ignorance on the subject probably worked in my favour. Having no idea just how absolutely all encompassing and life absorbing it would become is probably one of the main reasons Fletcher came into being. Not to say that if I had known then what I know now I wouldn’t have done it, more that I certainly would have adjusted my expectations and game plan accordingly.

“The one thing I was not prepared for was the amount of time, and constant flow of energy it takes to make this kind of content happen. To make your work stand out, to get it noticed, to create a product that is going to catch people’s attention and keep them coming back. I don’t think I’d be too remiss to say every waking moment it is somewhere in the forefront of my mind. Having no budget means you have to beg, borrow, and plead for every single aspect of the production – actors, crew, locations, equipment, understanding from those around you that it’s worth all this time and effort even though there’s no money coming from it!

“You are (with perhaps a precious one or two other dedicated people) the only driving force behind creating this content, getting it out there, trying to keep interest when you’re between episodes or seasons, trying to find your niche in an absolutely flooded medium and market. From trying to juggle the schedules of your ‘volunteer’ cast and crew, to the hours upon hours upon all nighters of work it takes to get your work planned, shot, edited, and posted, whilst also trying to work around the day jobs that actually pay for you to live and eat, one might wonder – why do we do it?

“Ask any artist (that includes any actor, creator, writer, anyone trying to make a living through their art) what it means just to be able to do your art – to perform, to create, to express. It is worth all of the above and more to be able to do that. There is so much freedom online in being able to produce the content you want to produce (without outside interference), and that is what is so attractive about it…and in turn worth the monumental struggle to get it done and out there.

“Finding an audience is the next major step. We were especially lucky to have won the contest with AfterEllen.com which provided us with our initial introduction on the web. That said, it has been a learning curve in networking and marketing in getting the show out there beyond that. Don’t be afraid to ask for advice, send emails, support other’s projects, you’d be surprised how many others out there are in the same boat as you and appreciate any advice or support you can give in return.

“Don’t be afraid to ask for help. I spent all of season one trying to do everything the show required (a much bigger task than I’d first anticipated) which resulted in a certain amount of burn out by the end. Getting other people on board who have knowledge or skills you don’t, though hard to give up the control, can really take some of the weight off and free up your time to focus on tasks and aspects that you were willing to forgo for lack of the time or energy to do them. Also, if you don’t know how to do something, chances are there’s a forum or how-to posting somewhere online that does.

“One saying that has become a bit of a catch phrase for the small team working on the Fletcher series has been “I’ll figure it out, how hard can it be?”. What this saying actually means is if it needs done, we’ll find a way to do it, or teach ourselves how to make it happen. I’ve learned more about production, website building and digital formats in the past year and half creating this series than I ever learned in film school. For instance, when it comes to website building, I recently learned about how beneficial a customer self service portal can be. Previous to that, I didn’t even know they existed, never mind how great this tool could be. Producing B.J. Fletcher: Private Eye has been a wicked learning curve, but absolutely invaluable experience in the ever changing online broadcast medium. 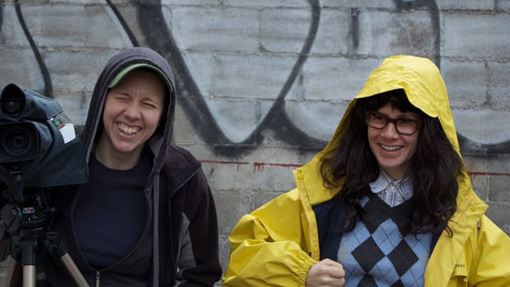 “Web series production is still in it’s infancy in the overall grand scheme of media, and therefore lacks the infrastructure and support that can be found in traditional television, film and theatre production models. In a sense, every one of us currently out there making this content are (in so doing) designing and creating the standards and practices on which the future of this medium will be based. One of the most important things I wish I had known back when we first started on this journey was that online content producers are essentially an emerging community and for the most part we are all in this low-to no budget, DIY boat together. I truly believe that supporting each other in any way we can will be the most significant aspect to the realization and continuation of our own online achievements and success.”