Lindy Zucker on her final return as Fletcher

At the end of one final hurrah, Lindy Zucker reflects on Fletcher’s growth, training for the roller derby and the Season 3 newbies. 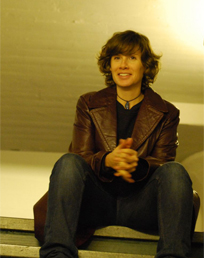 What was it like bringing Fletcher back after such a long break from filming Season 2?
It was great and pretty easy. I see Dana and Vanessa all the time so there was no loss of chemistry.

How did you find working with the newer cast members of Season 3?
I have to say that everybody on Fletcher was fun to work with. We only ‘hire’ fun people because we certainly can’t pay them so might as well have a good time.

What was your favourite scene to film in Season 3? In the series overall?
The Roller Derby was fun for me because I got a half hour lesson in the rink. Overall, it might be a tie between the patio furniture and the undercover gym scene. 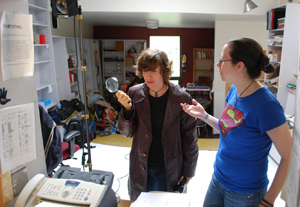 What was it like on the last day of filming Fletcher? How do you feel about the series coming to an end?
It’s pretty strange to finally be done Fletcher since it has been a big part of my life for 3 years. I am just riding on the hope that perhaps, one day, we can make it again for TV.

What other projects can Fletcher fans catch you in?
Other projects? Well, I am constantly doing live stuff around Toronto – standup, sketch etc… so there will be projects – nothing to announce yet, but watch this space!