Dana Puddicombe on a post-hiatus George

As the better half of our crime fighting duo, George has spent the last three seasons running the gamut of Fletcher’s cases, family issues and a whack-a-mole or two. Dana Puddicombe reflects on picking up where they left off for Season 3, and her last day as George. 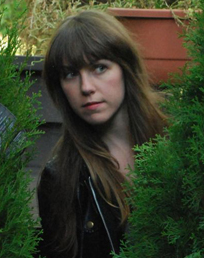 What was it like coming back to the role of George after such a long break from filming Season 2?
I was excited to come back to George after our hiatus! It was a long break…Over 2 years!!! The funny thing is that I see Lindy and Vanessa all the time, and would catch up with Regan and Rikki quite often too, so it was quite easy and fun to pick up where we left off, after years of doing other things and getting to know each other even better. The dynamics changed… in a good way!

How, if at all, do you feel your character has changed/grown over the course of the series?
George has grown a ton from the first episode… She’s gone through school, become an assistant PI, had her first serious relationship, let go of her crush on Fletch to pursue Jenna… Let go of her crush? Well, maybe not entirely!

The moms are hilarious. How is it working with them and with the other talented cast members of season 3?
Patricia and Maria are a riot… They work together so well and it’s always a laugh to work with them. They just have so much fun! Lindy, Karim and Vanessa are the best… I couldn’t imagine a better group to tell this story… I am a lucky duck indeed!

What was your favourite scene to film in Season 3? In the series overall?
In Season 3, The Spadina Chase scene. In the whole series… probably breaking into Tyler Yorks house in Season 1. 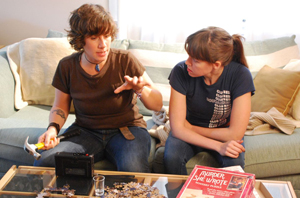 How was your last day on Fletcher?
We normally film out of sequence, but the last full scene I filmed for Fletcher was actually Georges last scene. It was really sad, knowing that it was the end. I love that character, and I have had a great experience. I wish that we had an open platform to keep it going! It’s hard to do the way we have been doing it. A lot of money and time go into making the series what it is and I can only imagine the stories we could have told with a proper budget and full time focus. I am so proud of what we were able to do with a committed team and support from our fans.

But I look forward to the day when there is a market for this type of story on network TV, and am focused on pushing the boundaries till that happens. Women need to let broadcasters know that we want to see our stories on mainstream television… most of the ads are geared towards us anyway!